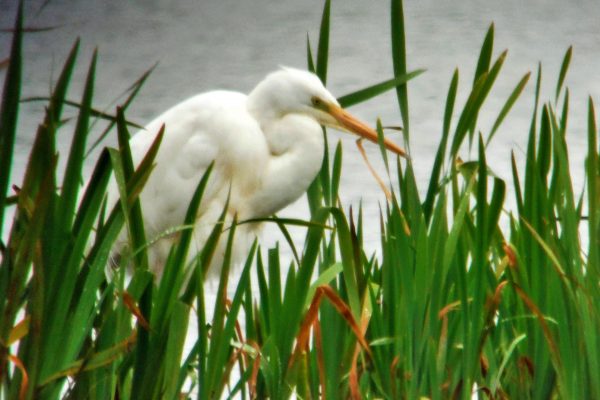 The evenings are really drawing in now and, as autumn and winter are my favourite birding seasons, I’m listening with longing for the sound of returning flocks of pink-footed geese flying over my house. Autumn is the time when our coastlines and wetlands begin to fill with flocks of wildfowl and waders from places such as eastern Canada, Greenland, Iceland, Northern Russia and Scandinavia.

The waning daylength is the trigger for birds in the northern hemisphere to begin their southerly migration. This starts to happen just after the breeding season so most of the birds making these spectacular journeys are juveniles. It’s their first time and they have a lot to learn. At this stage they only have the very basic, instinctive navigational skills. If they survive, they will develop the ability to use the earth’s magnetic field and the stars to guide them on future journeys. Moving in a flock provides some guidance for young birds, in fact geese and swans travel in family groups during the autumn migration. That’s not the case for many other species though and, because autumn is the time when chaotic weather systems dominate, many young birds get caught out and become displaced. This instinct to move provides birdwatchers with a chance to see species that are classed as rare or scarce in the UK. It can also bring something to your local patch that, even though it may be common nationally, hasn’t yet been recorded there.

A good strategy is to look up as often as possible to search the skies for migrating birds. As I write, an osprey has been seen flying over Rodley this week and also a honey buzzard was spotted over Headingley, proving that you don’t need to be on a nature reserve to see something wonderful. A great egret appeared on the canal at Rodley which possibly flew up river from St Aidan’s.

Your garden birds are also feeling the pull of autumn. Some make short journeys while others take themselves off to the continent for the winter months. The blackbird that raised chicks in your garden is unlikely to be the same individual that spends the winter with you. Your blackbird could decide to go to France, or it could reside a couple of miles away until next spring. This movement of garden birds makes way for the thousands of birds of the same species that also breed in northern Europe. They must flee from the cold weather so they cross the North Sea, feed up on our coastlines and make their way inland. Look for the more muscular looking male blackbirds with dark beaks in your garden over the coming months. British male blackbirds have a yellow beak.

I’m looking forward to something wonderful turning up very soon however I mustn’t be greedy. In July, a very rare bird, a little bustard, appeared in a field in Mickletown which was the first for our area and only the third accepted record of this species in West Yorkshire since the beginning of recording. On the rare occasions when these birds turn up in Britain, they are seen in non-breeding plumage and are usually female. They’re habitually timid and difficult for birdwatchers to see when they do turn up. So, you can imagine how thrilling it was for us to have a very rare male bird in breeding plumage, happily strolling around a cow field for days. This is probably the first such sighting in Yorkshire since the mid-1800s. Birders came from across the UK to see it and the local landowner was able to raise over £1,400 in donations for the Prince of Wales Hospice.

I was hearing all about this sighting from birding colleagues across the UK when I attended the international Birdfair at Rutland Water in August. The organisation of this event is absolutely amazing and all the work is mainly done by volunteers. I’ve attended the Birdfair for many years and always marvelled that rain never seems to have any effect on the ground but this year we ended up with a Glastonbury situation. The lead up to the Birdfair had been very wet indeed so heavy downpours on Friday when everyone was arriving turned the ground into a mud bath. I’ve never seen it like that before. The volunteers were amazing as usual though and coped with the situation and crowds with great expertise.

Before I left, Martin and I at Leeds Swifts took possession of another 3 house martin chicks. The nest had fallen down and the chicks were almost dead. Martin managed to save 2 chicks (the other dying almost immediately) and revive them and we got a chick sitter to help us while I went to the Birdfair and Martin went on holiday (thanks guys!). When I got back the chicks were looking great. I transferred them to a bigger pen to encourage them to exercise their wings and last week I fledged them at the Parkway Hotel at Golden Acre Park (where I’d fledged a house martin a few weeks ago). The release went well and there was a very large flock of fledglings to greet them. For information about this and our swift year, visit Leeds Swifts on Facebook