It is hard to believe that it is October already and that we are in the 5th week of Start Birding birdwatching classes at Rodley Nature Reserve. This week we will cover the subject of where to watch birds and the different habitats where birds can be found. We’ll also look at how you can find out about places to birdwatch and how to judge when a site may be good for birds.

Start Birding’s birdwatching venue on Saturday was Nosterfield Nature Reserve and Nosterfield Quarry. Due to the amount of rainfall over the previous week, we almost weren’t able to visit as the A1 and the A19 had been closed earlier in the week and alternative routes were under threat of flood. Luckily we were able to go as planned and met up with Jill Warwick, one of the dedicated volunteers working with the Lower Ure Conservation Trust who manage the reserve at Nosterfield. Jill gave us some history about the reserve and told us about future plans. Many thanks to Jill for meeting us and giving us so much information. 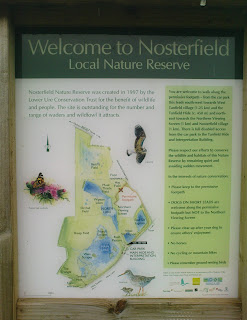 The hides at Nosterfield are always a big hit with the birdwatchers who join me on my trips. If you’ve not been before then I’ll tell you that the benches are covered in sheepskin and are very luxurious. The newest hide is even better and we always find it difficult to pull ourselves away once we get settled.

Given the high water levels, island scrapes were mostly covered with water and we could only manage to get distant views of birds on the main lake. It was a struggle to see the spotted redshank feeding amongst the flooded vegetation but searching for it helped us to find a single pink-footed goose feeding with the flock of greylag. A single black-tailed godwit was also present. Many lapwings and starlings fed in the field beyond. Once again the overlap between the late breeding season and the forthcoming winter was evident. Wigeon gathered at the back of the lake while an unfledged little grebe still called to its parents to be fed.

After a particularly long search to find the elusive and active spotted redshank for everyone in the hide, we decided to get some fresh air and moved over to Nosterfield Quarry. At the main screen we found lapwing, golden plover, dunlin and shelduck.

Great spotted woodpecker and a female tawny owl were hear while we were walking to the next part of the reserve and dragonflies zigzagged this way and that along the footpath. Some were still coupled and there was certainly plenty of water around for them to lay eggs. Whether or not they will be too late we will never know. A drinker moth caterpillar was found on the path, apparently in its final stage before hibernating. 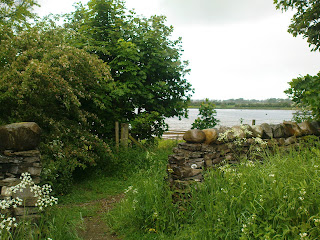 On the walk back we visited the screen near the visitor centre again. Ruddy darter dragonflies were basking in the sun on the top of the screen making photography much easier.

Back at the car park we found another moth caterpillar, the buff tip, on its way across the concrete path. We helped it on its way – times are hard enough this year when you’re a caterpillar.

On Sunday, my Monday evening class joined me at Rodley Nature Reserve for their first group birdwatching session. The weather stayed fine for the whole morning despite rain being reported to the north, east and west of the reserve at the start of our trip. There were plenty of birds about including a flock of around 150 goldfinches on a nearby field, gadwall, tufted duck, little grebe, cormorant, mallard, teal, Canada goose and jay but the stars of the morning were a family of sparrowhawks and a kestrel all hunting in the same area. 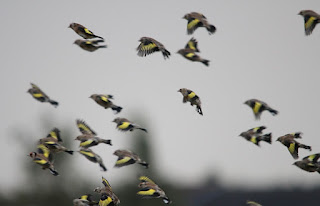 If you’d like to find out more about Start Birding classes and trips then please contact me by either phoning on 07778 768719 or email me at linda.startbirding@gmail.com  You can also visit www.startbirding.co.uk for more details.